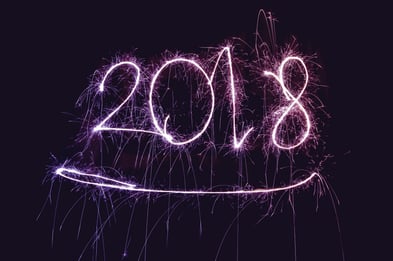 We are going to take a look back at 2018. Everything from the public cloud market to Microsoft to MyCloudIT. We have you covered!

The Public Cloud Market in 2018
The top five providers are Amazon, Microsoft, Alibaba, Google, and IBM, which make up a majority of the market. Year after year, the market continues to grow by billons and looks like it will continue to do so into next year. “Microsoft secured the No. 2 position in the IaaS market with growth of more than 98 percent on its IaaS offering, with revenue surpassing $3.1 billion in 2017”.  This trend appears to be continuing into 2019.

According to RightScale’s 2018 State of the Cloud Report, Azure continues to grow quickly and reduce the AWS lead, especially among enterprises.

As mentioned before, AWS still leads in public cloud adoption, but Azure continues to grow more quickly and gains ground, especially with enterprise customers. Interestingly enough, among enterprise cloud beginners, Azure is slightly ahead of AWS. So, while AWS leads in overall growth, Azure sees a lead in cloud beginners.

New Microsoft Innovations in 2018
Microsoft Inspire is Microsoft’s annual conference focused on the Microsoft Partners.  Every year, this is the first major event of Microsoft’s fiscal year, and Microsoft uses this event to set the priorities for the upcoming fiscal year as well as announce the newest innovations.  With that in mind, this event has always been viewed as a business focused, forward looking event, and Inspire 2018 did not disappoint.

Microsoft has released their HTML5 based RDP client, Microsoft refers to it as their web client. Now instead of opening the RDP client, all your interaction with your RDS infrastructure can be from within a web browser.

Azure Data Box is a storage appliance that allows customers to move large amounts of data to and from Azure by shipping the device to and from Azure to save on bandwidth consumption.  Sometimes it’s faster and less expensive to ship data to Azure via common carriers like FedEx as opposed to trying to upload terabytes of data.

Microsoft has released a free version of Microsoft Teams. Teams is Microsoft’s goal to create a single collaborative platform, where you have access to your documents, discussions, and even conferencing. They have continued to integrate Skype for Business into the platform to continue to provide more functionality from a single platform.

Microsoft continues to focus energy and resources on Machine Learning and Artificial Intelligence. The industry is still just scratching the surface, and there are plenty of opportunities for both partners and customers to leverage these capabilities for things like predictive analytics. It’s one thing to gather data, but it takes it to a completely different level when you can leverage that data for not only the historical value, but also use the data to predict future business direction.

Here is a list of other Azure improvements that were announced:

Microsoft has also been focusing more on IoT with its Azure IoT Central solution, which is now generally available. The platform also supports Google’s Android and Android Things platform via its Java SDK. “What’s more interesting, though, is the new services. The highlight here is probably the launch of Azure Digital Twins. Using this new service, enterprises can now build their own digital models of any physical environment”.

While Microsoft continues to make progress on many fronts, one of the most interesting is the use of Linux. While you may think Windows is the most used operating system for Azure instances, it is only about half.

Three years ago, Mark Russinovich, CTO of Azure, Microsoft's cloud program, said, "One in four [Azure] instances are Linux." Then, in 2017, it was 40 percent Azure virtual machines (VM) were Linux. Today, Scott Guthrie, Microsoft's executive vice president of the cloud and enterprise group, said in an interview, "it's about half now, but it varies on the day because a lot of these workloads are elastic, but sometimes slightly over half of Azure VMs are Linux." Microsoft later clarified, "about half Azure VMs are Linux".

New Microsoft Partnerships in 2018
While Microsoft continues to bring small and large companies alike onto Azure, one company this year did so due to a shared rivalry. As most would guess, Amazon and Wal-Mart compete in the same space, just as Amazon and Microsoft compete in the same space. American multinational retail corporation Walmart signed a five-year cloud contract with Microsoft, which was fueled by Amazon. “In addition to expanding its use of Microsoft Azure, the retailer plans to deploy Microsoft’s machine learning and artificial intelligence services across its business, and even embed Microsoft engineers in Walmart offices”.

MyCloudIT in 2018
To wrap up, we wanted to share a few highlights for MyCloudIT over the past year.

Check back in a few weeks to see what we have to look forward to in 2019!

Want Future News and Updates Emailed Right to Your Inbox?

Explore our site
Our Office