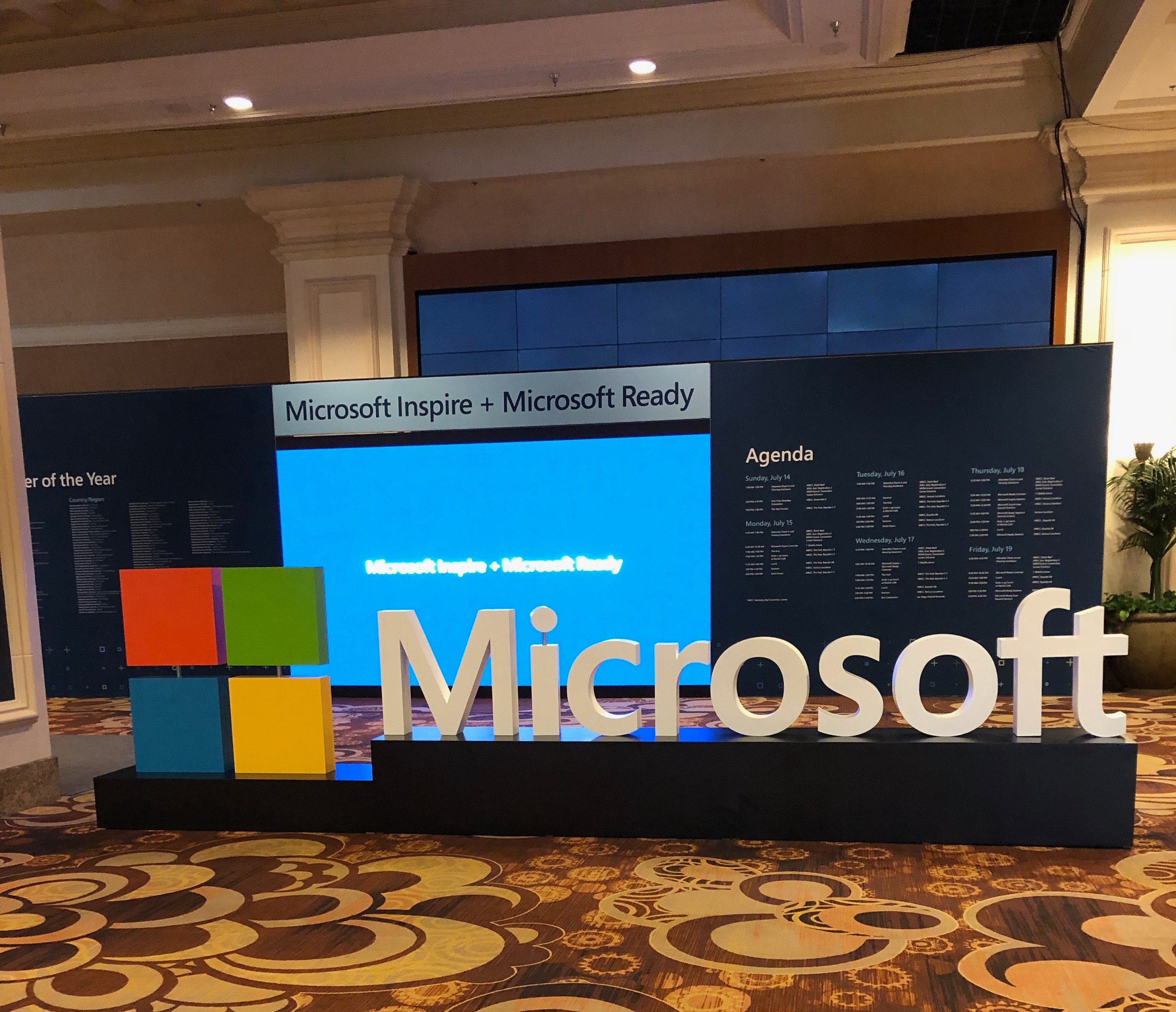 This is the second year Microsoft has held Inspire in Las Vegas, it is nice to have the event in the same venue for a couple years, it makes it easier to find your sessions and meetings. Of course, there were some minor logistical changes from last year, but all in all, the venue felt more comfortable and easier to navigate. Prior to Microsoft’s commitment to Las Vegas, Inspire was a more nomadic conference with the venue changing each year. I see value in different event locations, but I also see a lot of value in the consistency of a single venue over multiple years.

As I prepared this blog, I went back to look at last year’s recap to see what has changed, and didn’t come to pass...

Let’s get down to what we learned this year:

RDmi has fallen by the wayside with Microsoft’s new goal being Windows Virtual Desktops (WVD). WVD is both an evolution of the RDmi goals as well as the new capability of having a multi-session version of Windows 10. The idea of having a multi-session version of Windows 10, as opposed to using Windows Server 2016 (or 2019) as a session host to support multiple user sessions is very intriguing. When it is ready, I feel it will provide compelling value, but it isn’t here yet. RDmi and now WVD have been plagued by design changes and delays, but Microsoft is currently saying they should be able to ship WVD by the end of 2019. We have been involved in the preview program for almost two years and I do feel that we will see it sooner rather than later, but there are still a lot of outstanding questions. From the MyCloudIT perspective, we want you to know that we are staying abreast of the progress and when we feel we can deliver a production ready solution, we will include this solution as an additional offering for our customers. Having been involved in the Microsoft eco system for the last 20+ years, I know that the first version of a Microsoft release always has some capability gaps, so our goal will be to fill those gaps to meet our customers’ needs.

Azure Lighthouse – Microsoft announced this at Inspire. Azure Lighthouse is being built to ease the management overhead of Microsoft partners by making it easier to manage multiple customers and deployments with a simplified management experience. Currently it is too difficult for partners to manage multiple customers across Azure. Lighthouse has some lofty goals and I will be interested to see how the goals are refined as this preview progresses.

Microsoft also announced Azure Migrate. Microsoft recognizes that it is still too difficult to migrate workloads into Azure, so the focus of Azure Migrate is to provide more guidance around common scenarios and typical pitfalls with migration projects. This offering will include more “prescriptive guidance” and tools to make the cloud migration process easier for Partners, but I still believe Partners will have plenty of opportunity to generate revenue around the migration process.

Microsoft continues to drive Teams and their “teams” push at Inspire was obvious and direct. If you haven’t made the move to Teams yet, I suspect that pretty soon we won’t be given a choice.  Spend some time giving teams good hard look. I’ve found that they are doing a good job of connecting a lot of capabilities within Teams when you think about the SharePoint, Yammer, and Skype capabilities that are now integrated within Teams. They really have continued to reduce the friction in having a collaborative environment. During one of the Corenotes, Dr. Kellerman from University of New South Wales shared how he’s been able to implement Microsoft Teams in his classroom in order to create a community of learners. If you missed it, you can watch his demo here.

Want Future News and Updates Emailed Right to Your Inbox?

What You Need to Know from Microsoft Inspire 2020

Update on Microsoft Events for 2020

Visit Us at Microsoft Inspire Next Week!